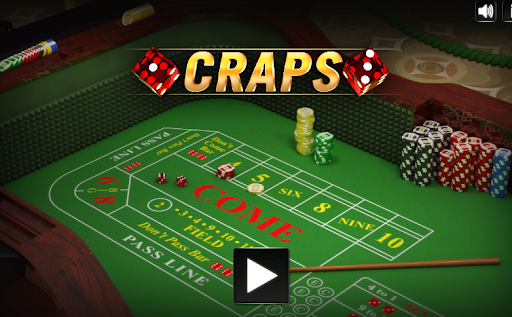 People from a variety of backgrounds and walks of life have for thousands of years been drawn to games that rely on the rolling of dice. These have traditionally been fashioned out of all sorts of materials, including bone, wood, stone, clay, and later on, plastic. In fact, the name “Craps” originated from “krabs”, which is French slang for “a pair of ones”.

The French, however, never invented the game, but only adapted it from a slightly more complex version played by the English. “Hazard” eventually came to New Orleans in the early 1800s, after which it underwent further changes and transformations, and eventually grew so popular that it is to this very day considered one of the most played games in the casino – second only to Blackjack.

The Basics & The Bets

Behind the immense popularity of Craps is the astounding number of different bets on offer. This makes for fun and entertaining jargon, fast-paced gaming action, and some of the best, but at the same time also some of the poorest, odds in the house.

Learning the basics of the game is simple. Every bet is placed on the outcome of a couple (pair) of dice. Of all the different types of bets, we will only be discussing the most common or important types of Craps wagers. These are called the pass line bet, the don’t pass bet, the odds bet, and the come and don’t come bets. Below you will find a brief discussion of each type of bet:

There is however another possibility also. In the event that the result of the dice does not fall into any of the above-mentioned categories, a “point” is established at that particular value. In this case the bet remains on the table either until the value of the point is repeated, or a 7 is rolled.

Craps Rules To Live By