Sic-Bo, also known as “tai su”, “dai su”, “hi-lo” and “big and small”, has been popular in China, and surrounding regions, for what has now literally been thousands of years. What is perhaps more remarkable than its age is that, until the 19th century, it largely remained intact and unchanged for its entire existence.

So, what is it about this popular sheer luck factor, hi-low concept game of chance that has kept it going for so long, and now a regular feature in almost all casinos around the world?

The Origin Of The Game

The basic concept of Sic-Bo is said to have originated in China approximately two thousand years ago, and though the concept didn’t change, the “dice” that were used, and method of rolling them, invariably did. There is evidence that first people who played used whatever material they had around them for the dice, such as stone, brick, or wood. The dice were also usually six-sided, with the appropriate numbers carved or painted on each side.

One of the literal translations of Sic Bo is “precious dice”. Another is “two dice” or “dice pair”. This is because, before the 19th century, only two dice were ever used. 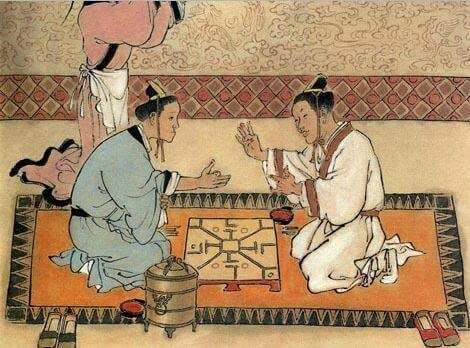 Sic Bo Arrives In the West

The 19th century was a very industrious time for the world, and in the United States, the great Transcontinental Railroad was being built, linking the Atlantic and Pacific coasts. This huge undertaking, however, required labour, and so it was that hundreds of Chinese labourers came to America to work on the railway, and with them, came Sic Bo.

Initially, however, it was only played by Chinese labourers and immigrants, and so it remained well into the 20th century, until finally it began to gain outside attention and interest.

The 1920s to 1940s saw an ever-larger increase in Chinese immigrants coming to America, and it was at this time that Sic Bo began to gradually spread out from Chinese communities.

From here it was quick to catch on and soon it was being played at community events such as carnivals and being adapted into western variants such as “Birdcage” and “Chuck-a-Luck”.

It also spread to Europe, and, in Britain, was further adapted into a game called “Grand Hazard” where it is said to have gained the third dice that is used today.

Over the following decades, from Europe and America, it did full circle and came back to Asia, slightly modified but proving to be no less popular. By the 1960s casinos in Macau were featuring the new Sic Bo alongside roulette and baccarat on their main floors, and since then has continued to be the highest revenue game in Macau casinos.

In Europe and America, Sic Bo, or at least its western variants, continued to be present in casinos. However, it wasn’t until the 1990s that places like Las Vegas truly began to embrace it, and eventually casinos in Europe and UK in the 2000s.

Today, however, with the internet and online casinos, this ancient game is being played across the globe, and becoming ever more popular.